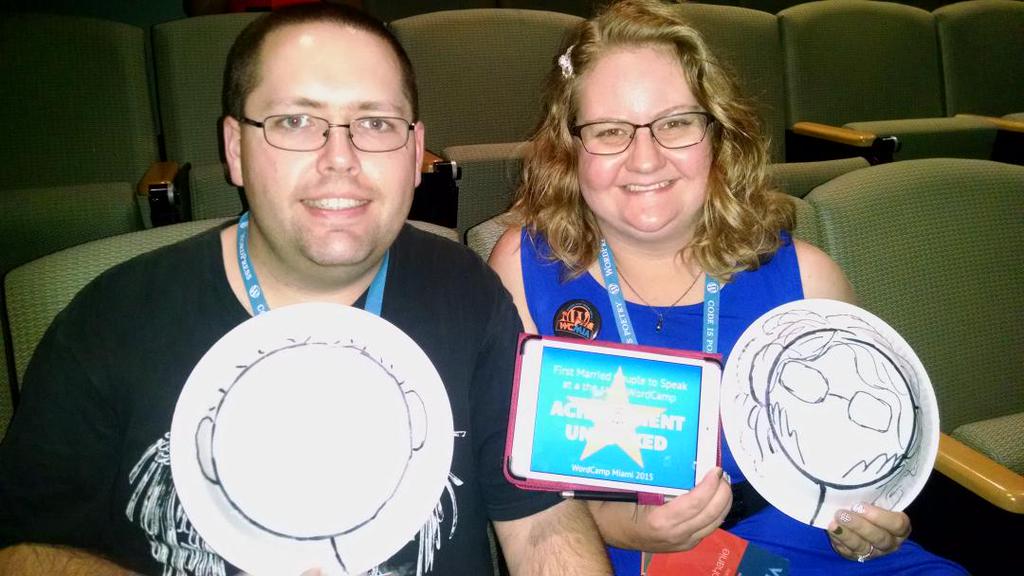 When Jonathan and I were both selected to speak at WordCamp Miami, we were asked if we were the first married couple to speak at a WordCamp. I tried to confirm or deny it ahead of time, but didn’t have any luck. So, relying on the power of the internet I posted the claim on Twitter.

Until disputed, @jbrinley and I are claiming the title of “First Married Couple to Speak at Same WordCamp” #wcmia pic.twitter.com/KCki52P1VC

As expected, our claim was disputed within minutes.

And our list may continue to grow. So I am proud to reveal the unofficial registry.
[table id=1 /]