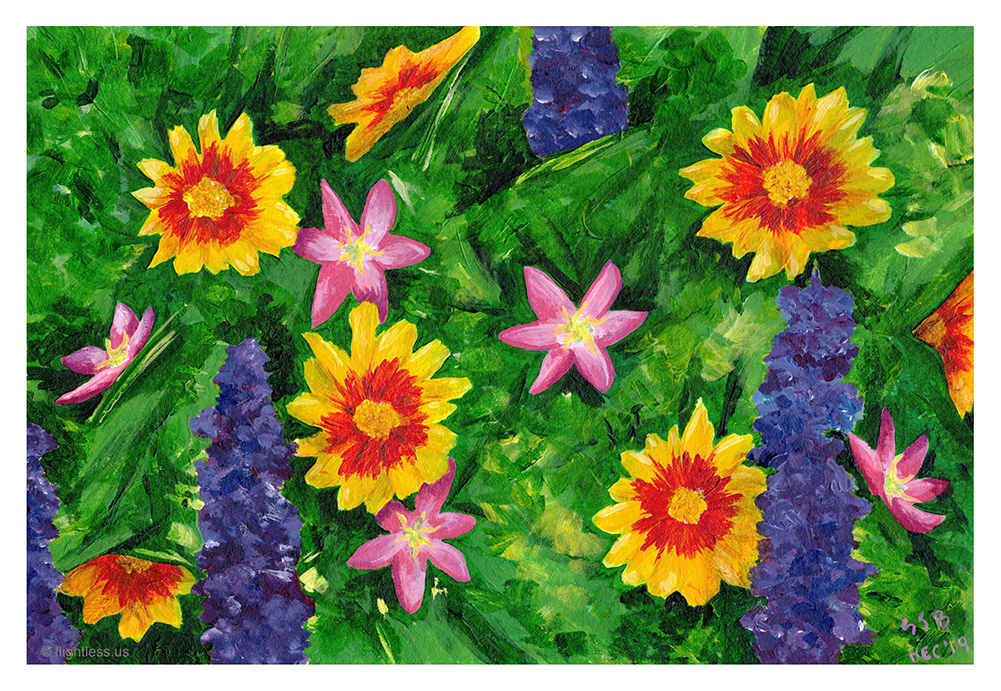 Have you ever learned something that changed the way you saw the world? That happened to me a few weeks ago from a simple conversation about color mixing. You see, as a classically trained artist, I use a “subtractive” method to mix blue, red, and yellow (BRY). Think about kindergarten, when you learned blue+red=purple, red+yellow=orange, and yellow+blue=green. That’s “subtractive” color mixing.

On the other hand, my husband is a web developer and mixes red, blue, and green (RGB) using “additive” color mixing. With this method, red+green=yellow, green+blue=cyan, and blue+red=magenta. We both know how to mix colors, but each come at it from a very different angle and we can’t wrap our brains around the other way.

So, what happens when you start pondering colors even further. He mentioned mixing colors to get yellow, cyan, and magenta and I realized that in printing (magazines, photographs, board games, spades for money, etc.) they don’t use blue, red, and yellow. Printers use cyan, magenta, and yellow (add in black and we call that CMYK).

Now we were curious! Why do printers use CMYK instead of BRY? It was time for some research. We learned that the CMYK printing method only dates to 1906. Of course, that just led to more questions. Why is CMYK so new? Why don’t painters use CMYK, and what would happen if they did?
Why is CMYK so new? That’s probably an easier question to answer. Cyan wasn’t recorded as a color name in English until 1879. This shade or something similar may be older, but the name is rather new. Magenta is much more clear-cut. It is a chemically derived color that only dates back to 1859. These dates go a long way toward explaining why CMYK is such a new color mixing method.

But what about the second question? Why don’t painters use CMYK, and what would happen if they did? I spent a lot of time researching painting with CMYK and came up nearly empty handed. The gist of it seems to be that they don’t use it because they never had. But what happens if they did?
My amazing husband bought me the acrylic paint equivalents of CMYK so I could experiment. I started out by making sample swatches with CMYK and BRY and the results are incredible. It’s especially noticeable in the pinks, purples and greens. The colors are much more vibrant instead of the murkiness I’m accustomed to.

I also did a sample painting. Again, what’s most noticeable with using CMYK is that my colors are more vibrant, without resorting to additional paints. The only thing that was really “different” was painting magenta on top of yellow to get the red centers, instead of having pre-mixed red.

Stephanie Brinley is a Branding Specialist, leveraging her experience in design and marketing.